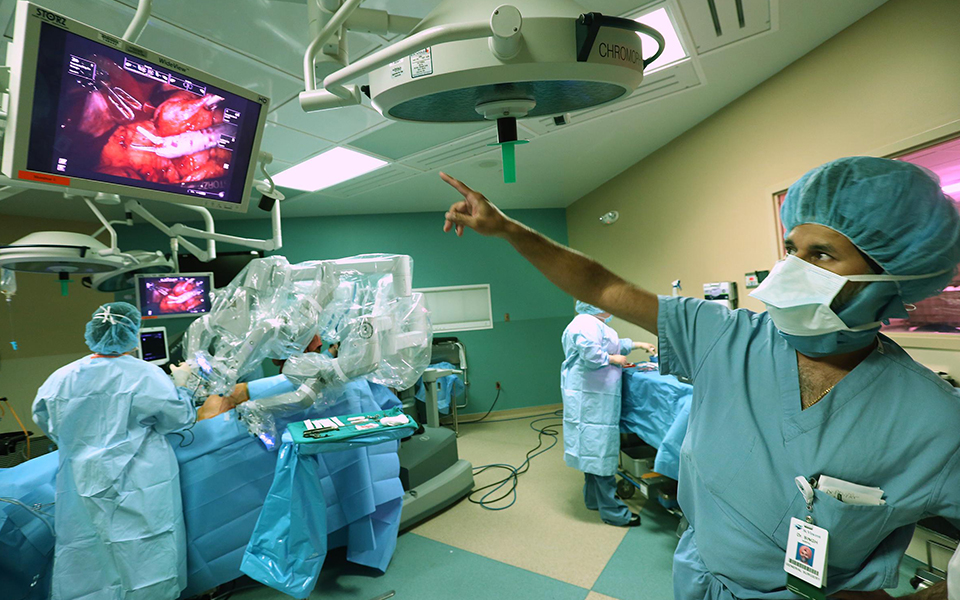 BACKGROUND:
Minimally invasive procedures have expanded recently to include pancreaticoduodenectomy (PD), but the efficacy of a laparoscopic robotic-assisted approach has not been demonstrated. A case-matched comparison was undertaken to study outcomes between laparoscopic robotic approach (LRPD) and the conventional open counterpart (OPD).

CONCLUSIONS:
This is the first comparison of a novel laparoscopic robotic-assisted PD with the open PD in a case-matched fashion. Our data demonstrate a significant increase in operative time but decreased length of stay for LRPD. The favorable morbidity following LRPD makes it a reasonable surgical approach for selected patients requiring PD.